Enneagram recording artist Scotty McBee began performing and teaching professionally in 1988. He graduated from UMKC Conservatory of Music in 1996. In his career he’s had the opportunity to perform with Ida McBeth, The McFadden Brothers, Kim Park, Bloodstone and many others. He was a member of tribute acts for KISS, Bon Jovi and Jellyfish, and co-founded the long running Jerry’s Jam Night. He is also a founding member of the notorious, Zappaesque band Jazz Discharge. In 2005 he released his debut album Playing With Myself. Scotty is a proud Eagle Scout and a Tom-Tom Beater in the Tribe of Mic-O-Say.

He is the owner of McBeest Music, LLC where he gives private music lessons and provides complete recording production. In addition, he is a freelance studio musician and has had the opportunity to perform on the recordings of several Kansas City area artists. Currently Scotty fronts Troubadour Retrievers, Special Forces – A Salute to .38 Special, and plays percussion with Superstar Mafia. Additionally, you may find Scotty performing with Brad Cox and the People’s Liberation Big Band, Project Mayhem, Kelly Blue, and several other local projects. 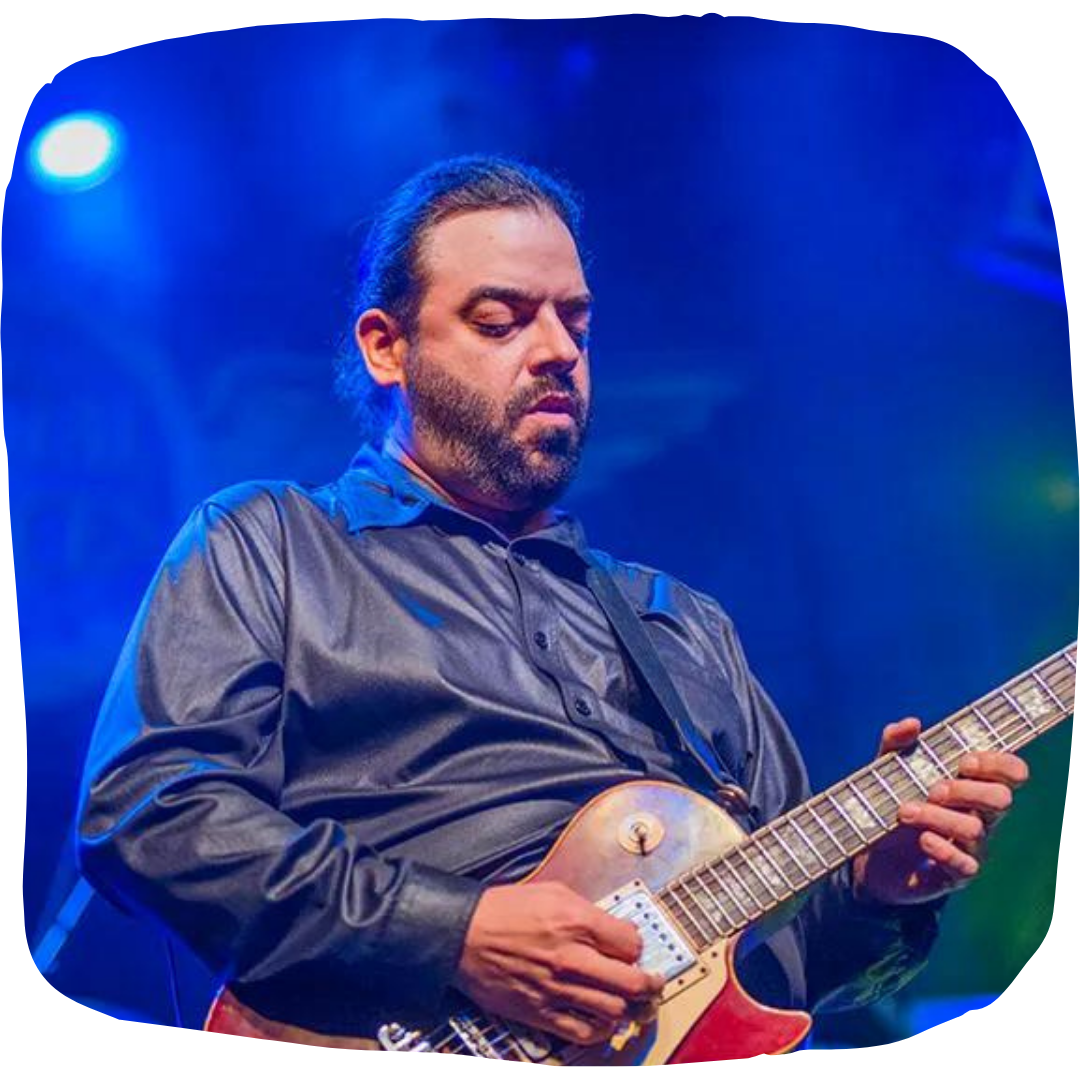 Guy Hodson was born in Kansas City, Missouri and grew up in Lee’s Summit. His mother is a gifted professional dancer and singer, whose voice teacher was the world famous KC singer Marilyn Maye. He began singing very young, his first show was at age five, singing The Big Bopper’s “Chantilly Lace” in his mom’s showcase. He enjoyed the experience of performing, but really fell in love with music and singing upon discovering Simon and Garfunkel’s “Bridge Over Troubled Water”. He developed an interest in playing drums from growing up around his grandfather who was an accomplished drummer. Guys parents realized that he had an interest in drums after going through three different Muppet’s “Animal” drumkits as a toddler. He sang in choir throughout

school and performed in World’s Of Fun’s variety show “Stax of Wax”. He has played drums and sang with Elvis Impersonator Matt Lewis, the late blues legend Lawrence Wright, Seastrings, Drew Six, KC Groove Therapy, and is a proud original member of the Jerry’s Bait Shop Jam Night crew…KC’s longest running jam night at 13 years and still going strong. He loves singing and playing with Troubadour Retrievers because it stretches him musically and never gets old. “One moment I’m singing AC/DC, the next I’m singing Patsy Cline.” He thanks his mom for his appreciation for pop music, but says he owes his dad a price he can never repay for introducing him to Zeppelin and Hendrix. He says he loves and appreciates that both of his parents have shown him so much support over the years. 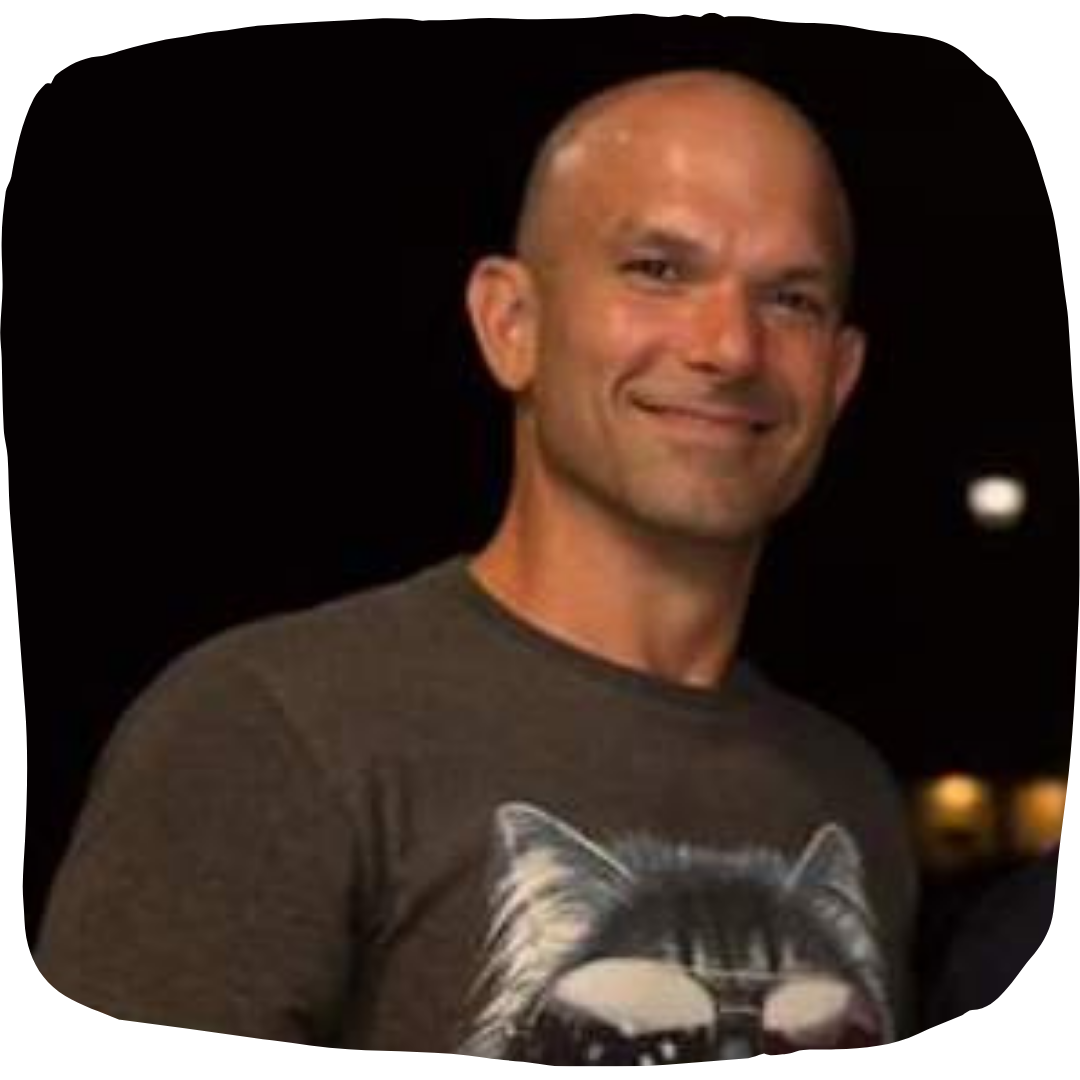 Bret Boulé has been a bassist in the Midwest for over 2 decades. He’s run a full gamut in the rock world, playing everything from heavy rock to blues and originals to covers. He currently plays bass and sings in Troubadour Retrievers and Kelly Blue and he portrays Tom Petty in the tribute band Petty Theft. He is a regular host at Jerry’s Bait Shop in Lenexa at the All Request Jam on Wednesday nights. He was a member of Drew Six, Shiver and Voodoo Kitchin and has had the opportunity to work as a guest performer with The Shanks, The Stolen Winnebagos, Duncan Hill, KC Groove Therapy, Buck Rogers, On The Fly, Bartholomew, Skooter Trash and others. 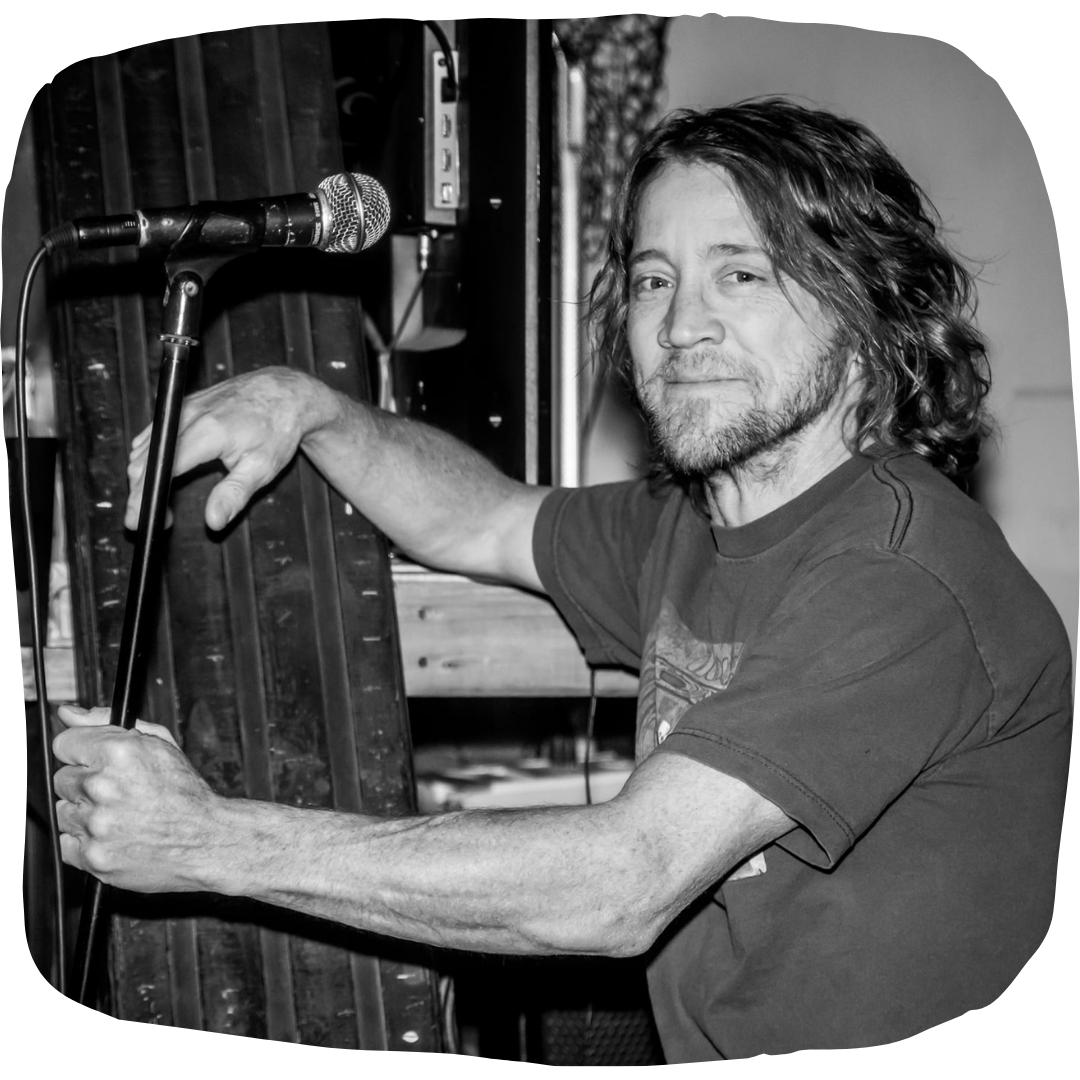 Bruce Haley has been in and out of the local Kansas City music scene for 30 years to date, allegedly. He fronted The ReHabaneros from 2007 through 2012, has played bass in The Brandon Miller Band, and has had various stints in Project Chameleon, The Shanks and Echo Creek. Back in the day, he played a pivotal role as a member of The Flakes and Backtalk, with various guest appearances with The Crayons and 4Sknns. As a self-taught ear musician, he credits the vinyl record and CD collection that he and his brother started as kids as his greatest “teacher”, cutting his teeth on what is now referred to as classic rock, oldies, blues, R&B, and Top 40 AM radio from the ‘60s to date. His day job affords him the unique opportunity to have his finger on the pulse of every new musical trend from the last 20 years. His favorite quote regarding playing is by Jorma Kaukonen of the Jefferson Airplane: “It’s about as much fun as you can have without getting arrested!” He currently performs as Sting in Police tribute band Synchronicity KC. 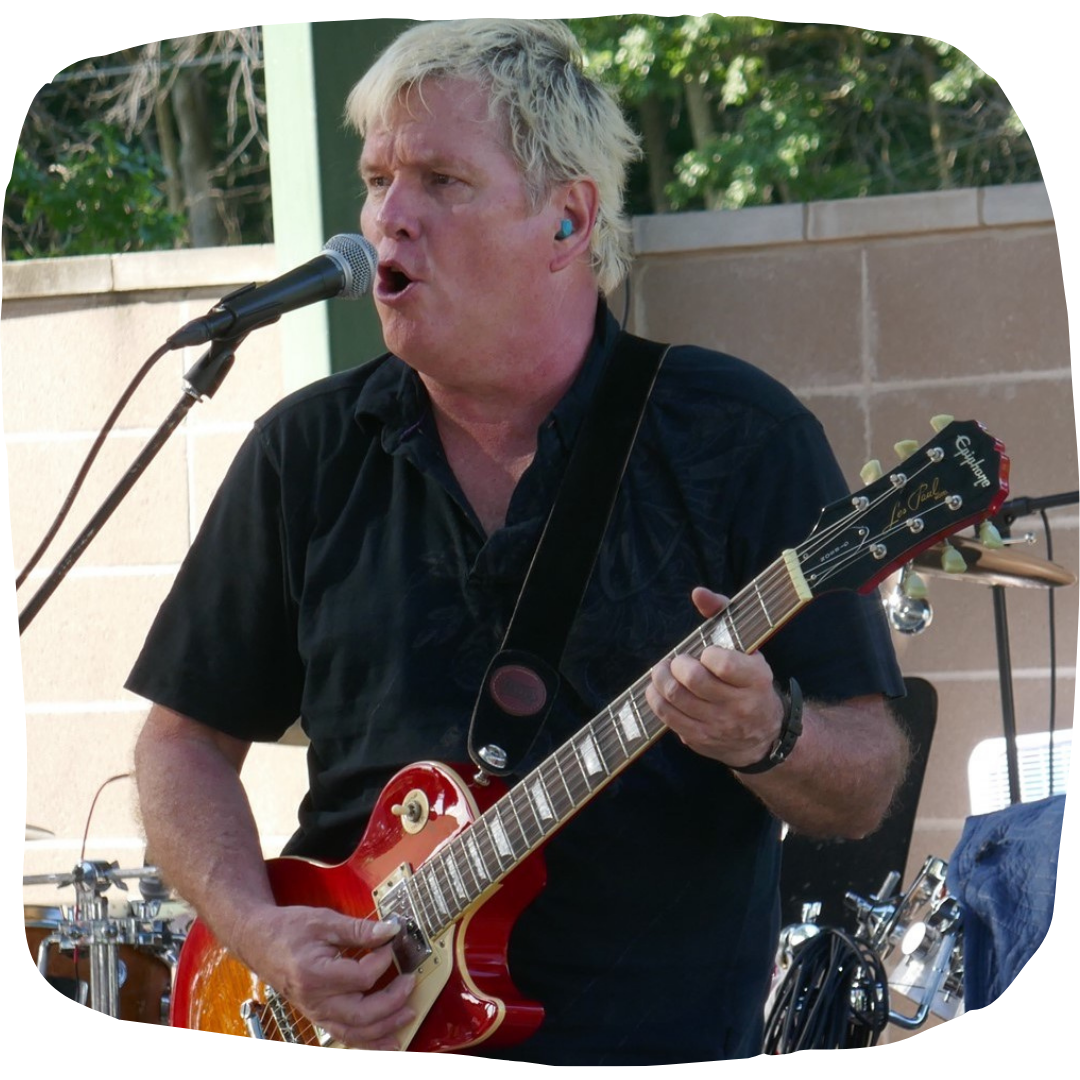 Eric is the guitarist for The Mickey Finn Band. 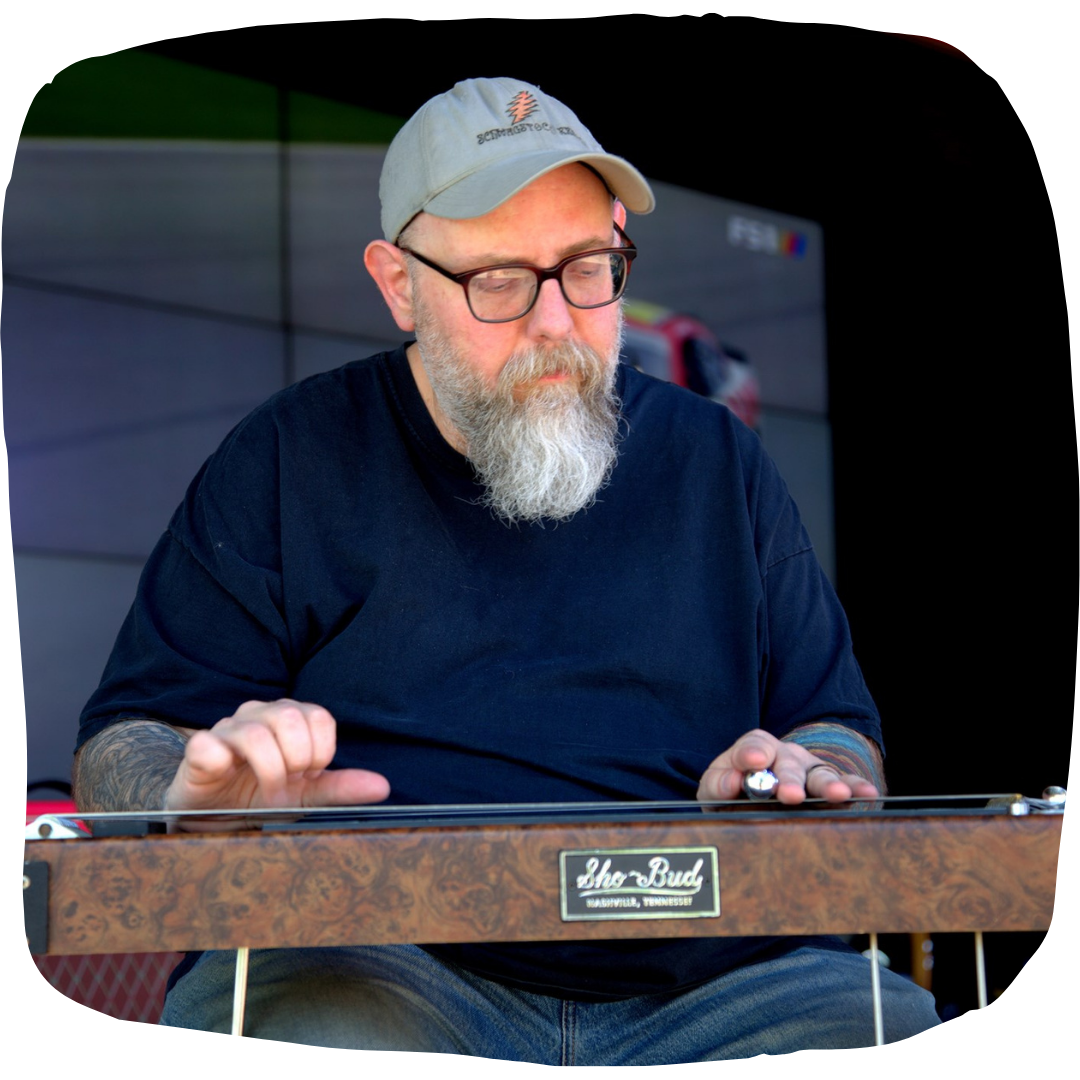 Brandon Miller is a guitarist from Gardner, KS and has been playing since the young age of 7. This early endeavor and hobby quickly turned into a deep passion and career for Brandon. He has been performing professionally since the age of 13 and has had the opportunity to open for acts such as Eddie Money, Jonny Lang, Foghat, Night Ranger, and many others. Brandon has also been named Kansas City’s Outstanding Guitarist of the Year by Banzai Music Magazine while gaining success from his debut album, Last Goodbye, released in 2011. Brandon Miller Band’s second album Slow Train was released in 2014. Brandon has played with Kansas City bands including Brandon Miller Band, Static 210, Almost KISS, Stairway to Zeppelin and The ReHabaneros. He is currently on tour playing guitar with Danielle Nicole Band. 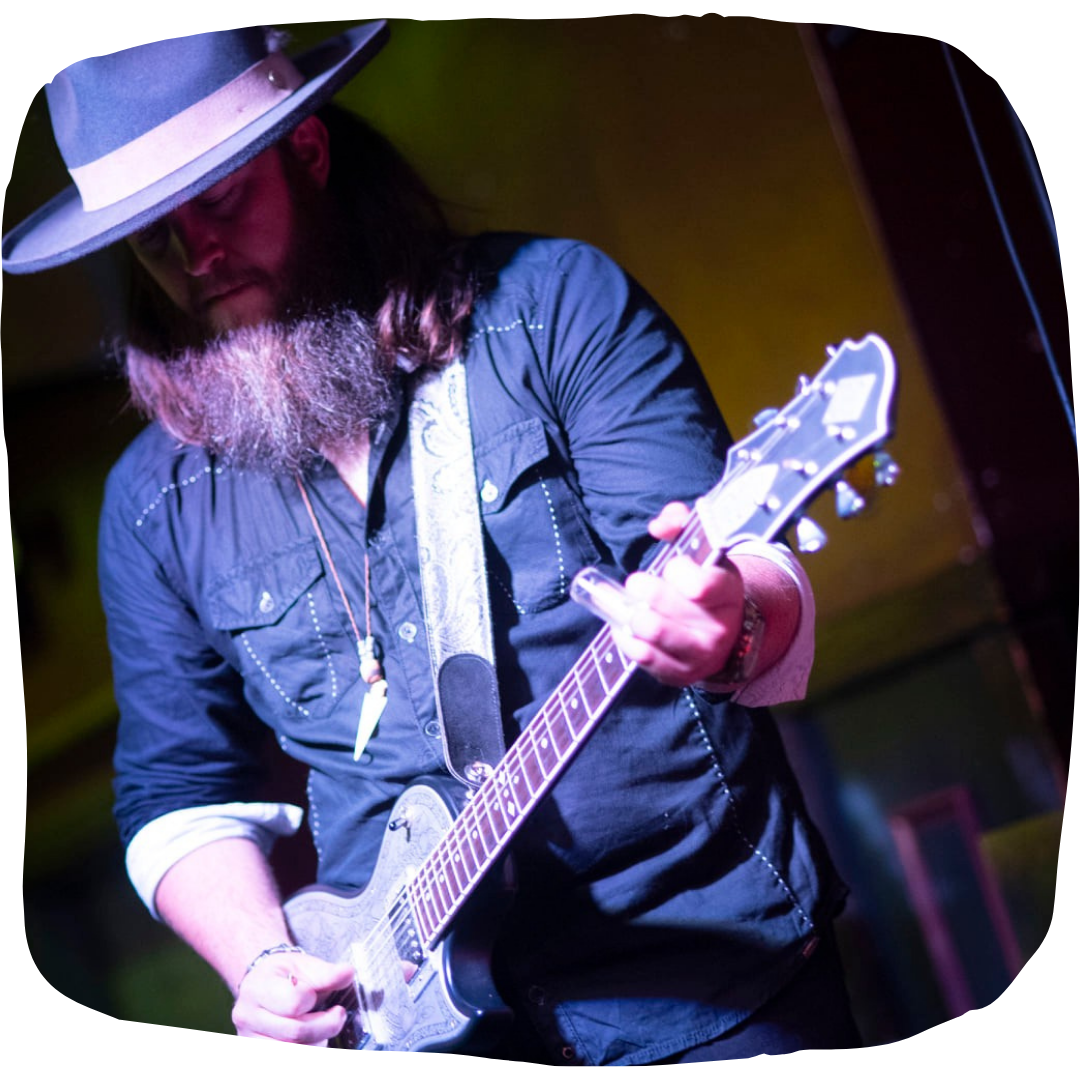 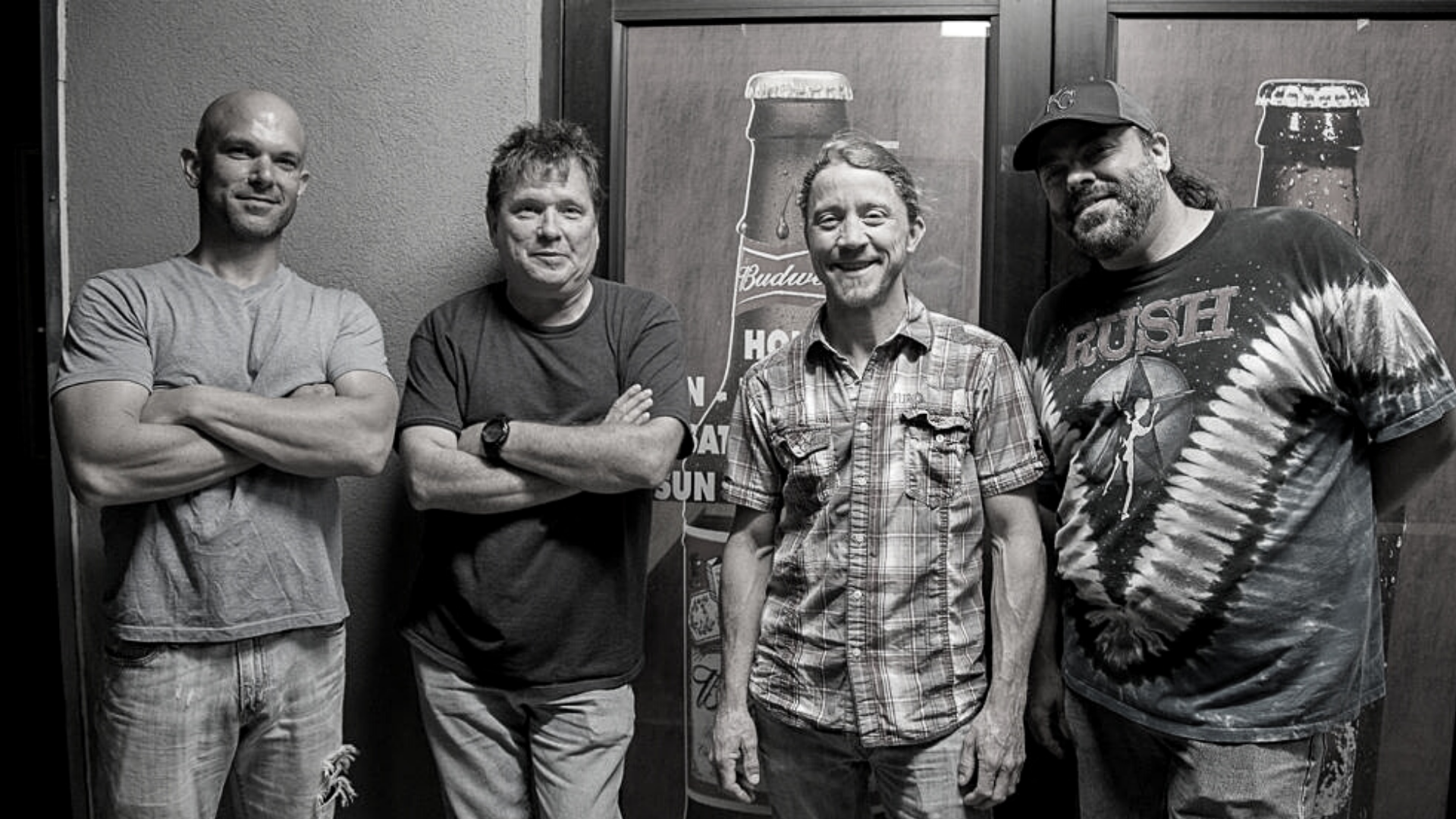